Saints and Scholars Around the World (Catholic Homeschool Carnival #2) 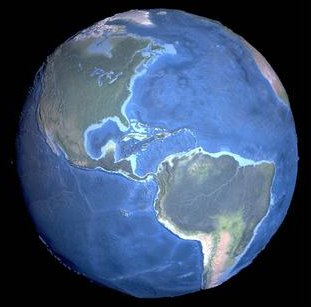 According to the Dictionary, the word "catholic" means universal, comprehensive or sympathetic to all. This makes an interesting connection for our geography studies and reminds us of the importance of praying for the work of the missions and for all of those less fortunate than us.

We've just celebrated All Saints Day and the Saints remind us of this universality of the Church.

Saints with November feast days take us around the world to where they lived and worked including...Peru, Italy, France, New Orleans, Germany, Scotland, Hungary, Missouri, Rome, Mexico, Egypt and Israel.

In honor of the great feast of All Saints, Dawn Hanigan writes about The Saints Came Marching In! and Elena LaVictoire shares how she prepares her children for All Saints Day. Denise Laubacher put together an article on home-retreats and great spiritual reading in "On Retreat with St. Therese".

Homeschoolers are bucking the trends of geographical complacency and making sure their children have a solid working knowledge of their world:

Suzanne Temple plays a fun geography game in the car with her kids.

The Map Guys are "Three geography-loving friends who tackle the globe". Check out their links to online geography games (great for preparing for the National Geographic Bee) and their affinity for chocolate....yum!

The wonders of the Internet allow homeschoolers to connect with each other around the country or around the world and collaborate and learn together.

At St. Athanasius Academy, Mary G. has gathered ideas from numerous Catholic homeschool bloggers on a "Rule of 6" for meeting the daily needs of children based on an original list at The Lilting House.

Elizabeth Foss recently hosted a fair on the Loveliness of Babies.

The Loveliness of Prayer was hosted by Leonie.

Several moms have been pondering the Latin motto "Age Quod Agis" (translation: Do What You Are Doing).

Ria, a 9th grade homeschooler proposes the question of finding a place on earth at or near which all of the ingredients for a chocolate cake could be found, produced or grown. Interesting tidbits have been contributed by The Map Guys, Dr. Thursday (here and here) and Melissa Wiley.

Two Catholic high school seniors started a small nook on the great World Wide Web in which they can proudly publish their thoughts, ideas, beliefs and works. A recent entry which spans the globe is CBH’s literary analysis on Shakespeare's King Lear as portrayed in the Akiro Kurosawa film Ran. 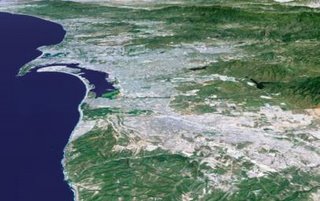 And on the homefront methods, organization and questions about homeschooling are always popping up. Sharing ideas with others is a great way to bring balance to your own world.

Ana shares her "Day in the Life of the Braga-Henebry Household".

Maureen Wittmann wrestles with The Lost Tools of Learning: Rhetoric Stage to apply classical education to the high school years.

Kim, Elizabeth and Dawn all posted on home management binders for busy moms.

Maria Rioux has found merging Classical Education Principles with Charlotte Mason Methods to be a winning combination for her family.

Nancy Brown considers the important balance of work and play.

Mary Ann Bernard tells the story of the surprise Friday the 13th Snowstorm.

Dani Foster Herring shows how she created an Autumn/Creation lapbook for her youngest, Quinn who was born with Down sydnrome. She adds: "Since he does not yet do any paper work/academics, it's a really good way to document what he is learning."
November is the Month of the Holy Souls, when we especially remember and pray for those who have died. It's also a good opportunity to reflect on suffering and our connections to our fellow man through the mystical body of Christ. Sharing prayer intentions with others through the internet, as one Catholic blogger recently described it, is like a foretaste of the Communion of Saints.

Hilda Van Stockum was a mother of six children and a wonderful author who has impacted and influenced countless families with her joyful, but very real books. She converted to Catholicism when she was in her 30s, influenced by writers such as G.K. Chesterton and Monsignor Ronald Knox.

Her works are well-loved by the Catholic Homeschool community. Favorite titles include: The Winged Watchman, A Day on Skates, The Mitchells' Series and The Cottage at Bantry Bay Series. She passed away on November 1 at the age of 98. According to her website, she is survived by six children living in five countries (in three different continents). Her books will surely live on for generations.

UPDATE: The New York Sun has a detailed obituary.

Sammy Nosacek, the four year old son of a Catholic homeschool family from Wisconsin, died suddenly on October 29 from complications relating to the stomach flu. Read about his 4th birthday cake here and please keep his sorrowing family in your prayers.

Alice shares a prayer for those who have lost babies to miscarriage.

Reviews and Resources of All Sorts:

The Kitchen Madonna by Rumer Godden, an out-of-print treasure, is reviewed by Alicia Van Hecke.

At the Thrifty Homeschooler, Maureen shares a host of daily educational e-mail lists that automatically send you a mini-lesson each day on a particular topic.

That concludes this month's carnival. Thanks to all who contributed. Please contribute to our December carnival, which will have a special theme of Advent and Christmas, by November 26th. The next carnival will be hosted by O Night Divine: A Blog Devoted to the Celebration of Christmas.

Many thanks to Ana Braga-Henebry and Mary Ann Bernard for helping to moderate the carnival.

Thank you - I enjoyed reading the links...

Many thanks for your work on the carnival; tons of good reading here, and thank you for including me!

This is an excellent and very helpful carnival.

We are a group of Catholic homeschoolers, faithful to the Holy Father and the Magisterium of the Church, blogging about books, children, education, family life and the Catholic faith. Our primary homepage is Love2learn.net